John Swinfield describes the bizarre politics behind the British government’s attempt to launch a pair of airships in the 1920s and how a project that might have boosted national pride ended in tragedy and failure. Well, to begin. I am entirely non-technical so if anybody succeeds in seeing this I will be astonished. If I changed a light bulb my street would be blacked out for a week; were I to fix a dripping tap the neighbours would be taking to boats. If I am now hurtling through cyber space let us pray no other Learners are up there.

Cracking Net barriers and filling in screen-forms would not have been possible without the guidance of my son. After such tedium I am now exhausted rather than loquacious so I will keep this initial note brief.

I have just written a history of world airships (which with its very deep bibliography has taken me years) and which Conway Maritime, part of Anova Books, are publishing; I am also writing a history of early submarines. How I got involved in such madness goodness only knows. I took  an MA in maritime history at Greenwich so I s'pose that's the reason. If you're an old gas bag full of hot air airships are the perfect subject. 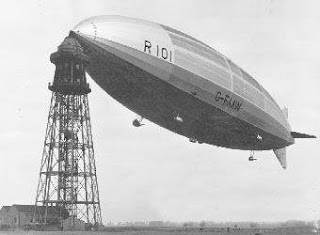 Having spent a life time making TV films about obscenely rich and disgustingly powerful business men such as Lord King of British Airways, Arnold Weinstock of GEC, Lord Forte of the hotel empire and Bob Maxwell of everything (all now dead; what's wrong with me?) I took a look at the other side of humanities' coin  and made a series of films for ITV and C4 about the dispossessed peoples' of Latin America and south east Asia.

For a time I lived in France and wrote about super yachts; once you've seen one you've seen the lot. Back in London I edited Artists&Illustrators, an old established magazine devoted to painters and paintings, but the company sold the magazine to another publisher with me still aboard as editor; it taught me how cattle feel.

I recently completed a novel, but it needs an editorial scalpel, and the hero has somehow turned into a psychotic killer; a writer knows things are going wrong when his characters take over and start to control him.

On  a lighter note I am wrestling with a historical spoof which I sent to the comic writer Tom Sharpe, asking his advice and who I happened to have met. He was very kind and said it was insane. So that was encouraging.

I'm sorry this is all terribly first person singular, by way of being some sort of introduction. In future it will be less of me and more about everybody else, which hopefully will be more entertaining.